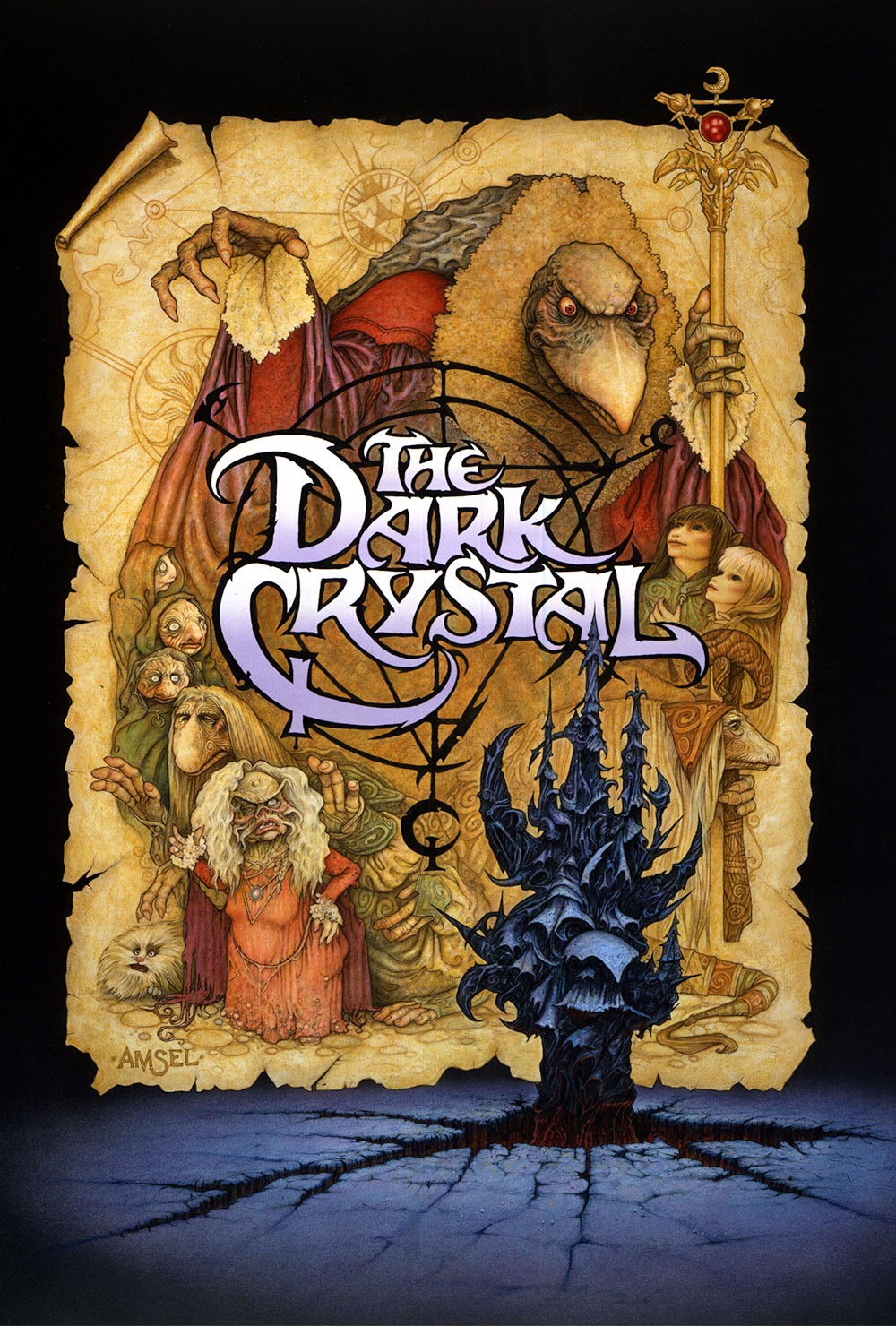 Jim Henson’s 1982 ambitious fantasy puppet epic The Dark Crystal is enjoying a bit of a resurgence. A new Netflix prequel series has been announced along with a new 4K Ultra HD + Blu-ray + Digital HD home release happening. To celebrate, Universal Pictures and The Jim Henson Company have also been screening the film in theaters across the U.S. in conjunction with Fathom Events. One more screening is happening on March 6.  I had the chance to go to one of these Fathom Events screenings last week and it was a trip to see this film again on the big screen.

The Dark Crystal is an original story and an elaborate mythology created by Henson and his team. It centers on the land of Thra which has been divided and desolate for hundreds of years due to a “cracking” of a giant Crystal that used to provide peace and balance. The broken Crystal caused a group named the UrSkeks to divide into two–the evil Skeksis and the good Mystics. A prophesy was made that a third group called the Gelfings would heal the Crystal and restore the land. The nasty Skeksis then decided to kill off all of the Gelfings so the prophecy wouldn’t take place.

Enter our heroes, two Gelfings named Jen (the one with the brown hair) and Kira (the blonde) and Kira’s dog-like creature Fizzgig. The two are the last known Gelfings in the land thanks to the Skeksis’ killing everyone else off. Can these two find the shard from the broken Crystal and restore the land of Thra? You’ll have to see the movie to find out!

(On a side note, when I was doing a Google search to find an image of Jen and Kira, this pic came up with the caption “The Olsen twins do Dark Crystal cosplay at the last Met Gala.” Mean, but funny.) 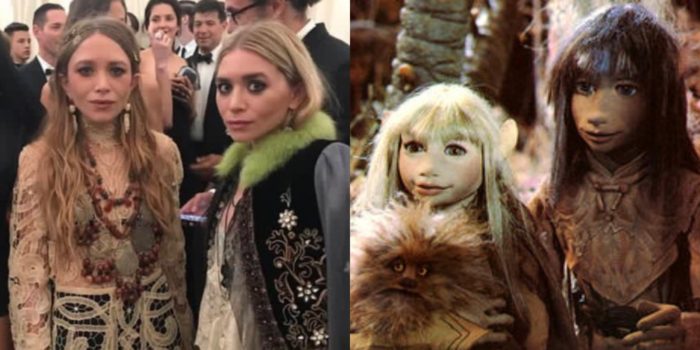 Co-directors Jim Henson and Frank Oz worked with British fantasy artist Brian Froud on creating the unique and detailed aesthetic for the film (a great article about Brian Froud is here; he is also responsible for the look and design of another elaborate Henson fantasy– 1986’s Labyrinth). Here’s some Dark Crystal concept art by Brian Froud.

The Dark Crystal has an impressive mix of puppets and animatronics, all created by Jim Henson’s renowned Creature Shop. Jim Henson and Frank Oz decided early on that they didn’t want any humans populating this world, so this film only contains puppet characters. The film also is loaded with practical effects and miniatures. It’s truly a creative tour de force.

While The Dark Crystal is an admirable work, I can’t say that it’s my favorite film. The detailed fantasy aesthetic is remarkable, but just not necessarily my taste. Still, I really enjoyed marveling at all of the creative puppetry and impressive filmmaking that it took to bring this film to life. If you get a chance, check out The Dark Crystal on the big screen on March 6 (more info is at FathomEvents.com) or enjoy the new 4K Ultra HD + Blu-ray + Digital HD release which will also be available on March 6.

For all things Dark Crystal, make sure to check out the official website, too.