This week’s film is the latest knock-out from Marvel Studios, Shang-Chi and the Legend of the 10 Rings.

A post shared by Movies Past and Present (@moviespap)

Here’s a featurette about the making of the film from Marvel’s YouTube channel.

After a 14-month delay due to COVID-19, we finally got to see the latest film in the “Marvel Cinematic Universe,” Black Widow (Marvel Studios, 2021). And I believe it was worth the wait!

A post shared by Movies Past and Present (@moviespap)

With the rescheduling of Marvel Studios’ Black Window from November 8, 2020 to May 7, 2021 (thanks, COVID-19…), I’m embarking on a new movie watching project to ease the disappointment. I’m watching all 23 films of the “Marvel Cinematic Universe” (MCU) starting this weekend.

To mix it up, I’m going to watch the films in story chronological order rather than by release date, which really should be fun.

Here’s the watch order (with the year of original release in parenthesis):

The goal is to watch one of these films a week. I’ll update the blog periodically, but will be tracking most of the action on the Movies Past and Present Instagram feed (@moviespap). Please follow or watch along if you’re into this sort of thing!

Speaking of Marvel Studios, I love this Avengers poster art by Matt Ferguson (@mattfergusonartist on Instagram).

Unlike Martin Scorsese, we at Movies Past and Present think the films from Marvel Studios are fun. Check out this new poster and teaser trailer for their upcoming film Black Widow. 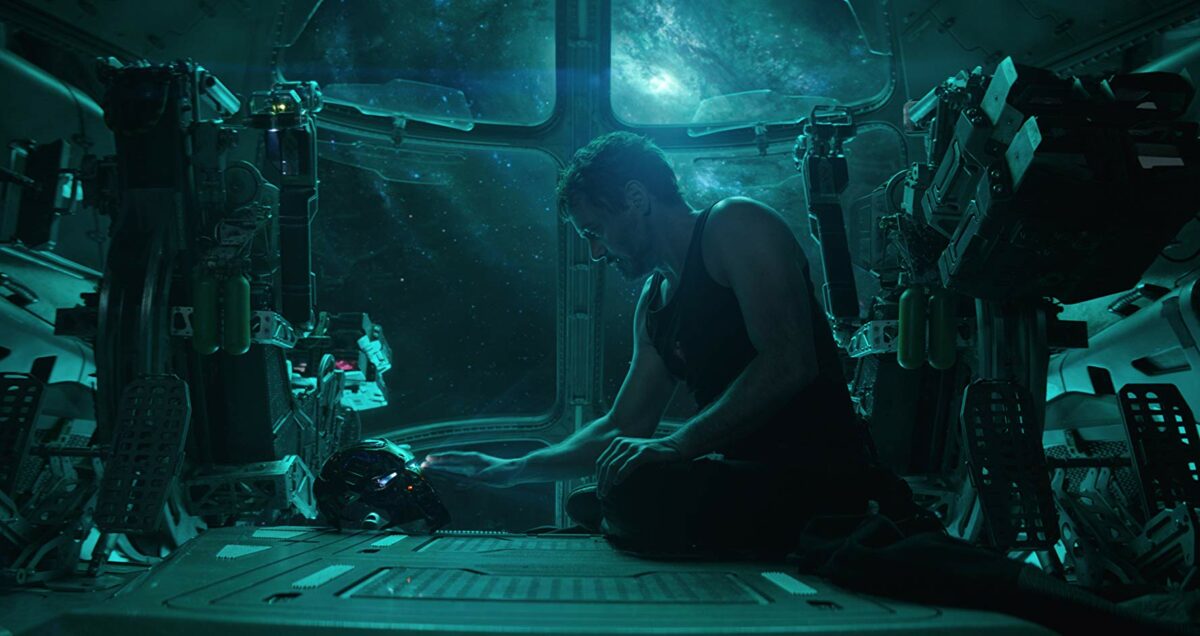 This review is spoiler-free. #DontSpoilTheEndgame

After Thanos’ sinister snap in Avengers: Infinity War, our remaining heroes are left to deal with the aftermath in Marvel Studios’ Avengers: Endgame.

This film is actually the second half of last year’s cliff-hanger Avengers: Infinity War along with being the culmination of the 21 films so far in the “Marvel Cinematic Universe” (MCU) from Marvel Studios, Marvel Comics’ in-house movie studio which began 11 years ago. The 21 Marvel Studios’ films are listed below (in order of release date).

As we’ve learned throughout the 21 films, and particularly in Avengers: Infinity War, Thanos (voiced again by Josh Brolin) is one bad dude. After collecting all six “infinity stones” and placing them in his “infinity gauntlet” glove, the already powerful villain got even more power and was able to make his “inevitable” wish come true—the complete elimination of 50% of the galaxy’s population with just the snap of his finger.

Directors Joe and Anthony Russo (aka The Russo Brothers) are no strangers to the MCU, having expertly directed Captain America: The Winter Soldier and Captain America: Civil War along with the first part of this film, Avengers: Infinity War. Their ability to weave together multiple storylines with many characters and make it seem effortless is truly, well, a marvel. The Russo Brothers are at the top of their game in this film, which not only has to bring together so many characters, but also has to bring a 21-film storyline to a satisfying conclusion.

And satisfying it is. I had a great time watching this film. It’s exciting, emotional, and supremely entertaining. Its three-hour running time is definitely epic length, but it’s worth it. The film made me feel like a kid again reading a great comic book series that’s full of imagination, adventure, surprise, wonder, and goodness. It’s a fitting end to an incredible run for this story arc in the MCU and I can’t wait to see what Marvel Studios is going to do next.

Avengers: Endgame is rated PG-13 by the Motion Picture Association of America for “sequences of sci-fi violence and action, and some language.”

As an added bonus, check out all of the cool Avengers: Endgame posters from Marvel and Poster Posse. And below is the IMAX exclusive poster.

Check out these new character posters that dropped today for Marvel Studios’ upcoming superhero fest Avengers: Endgame. There are 32 in all! The posters in full color are the characters that survived Thanos’ sinister snap at the end of Avengers: Infinity War last year.

And these fake posters cracked me up. 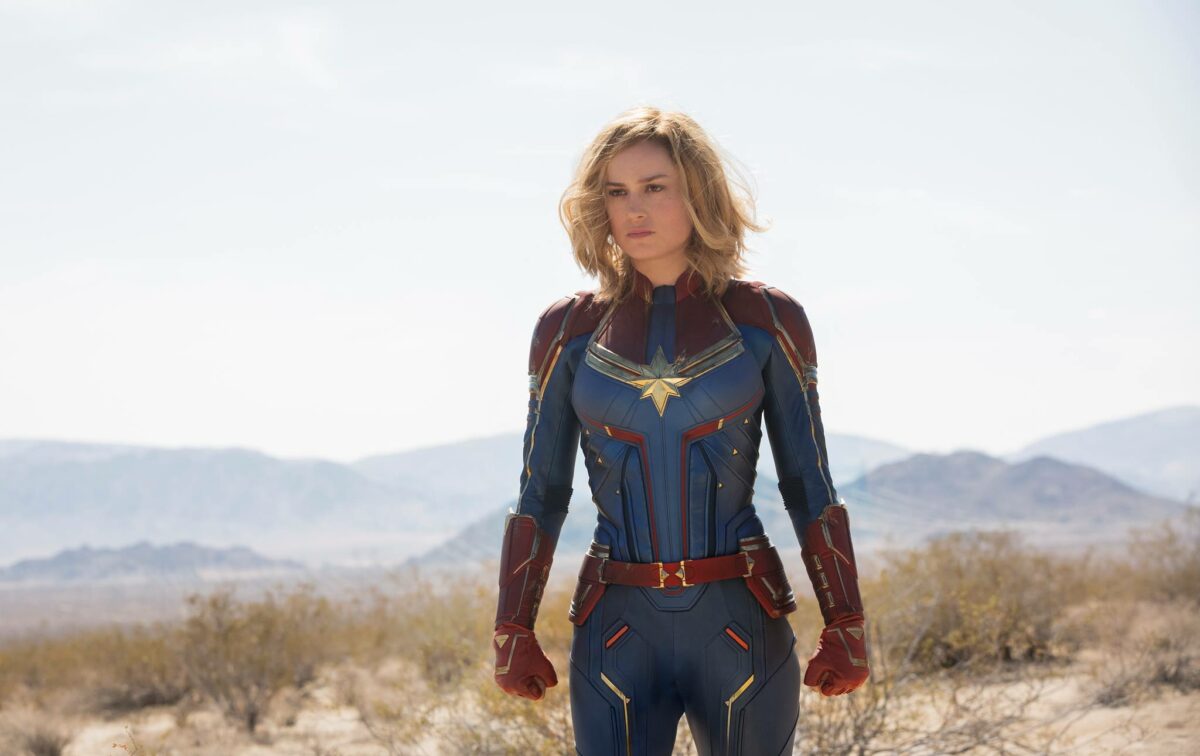 Who is Captain Marvel? That is the main question at the core of Marvel Studios’ marvelously entertaining new film.

This part mystery/part action film takes us through the journey of Carol Danvers (aka “Vers” and aka “Captain Marvel,” wonderfully played by Brie Larson) as she struggles to figure out where she comes from and who she really is.

When we first meet Captain Marvel, she is “Vers,” a powerful warrior in training and part of the Kree alien race. She is being trained by her Kree mentor and commander Yon-Rogg (played by Jude Law). The Kree are at war with another alien race called the Skrulls. The Skrulls are shape-shifters and can take the appearance of any other being that they see, making them all the more formidable. In the Marvel Comics, “the Kree and the Skrulls have been at each others’ throats for thousands upon thousands of years” (see io9.com).

A battle mishap causes Vers to crash land on the planet Earth circa 1995 along with some of the shape-shifting Skrulls. On Earth, Vers encounters S.H.I.E.L.D. (Strategic Homeland Intervention Enforcement and Logistics Division) agents Nick Fury (played by Samuel L. Jackson in a pre-eye patch version of this well-known character) and Coulson (played again by Clark Gregg), who are amazed by her powers and want to learn more. And Vers wants to learn more as well, since somewhere in the back of her mind, things on Earth look rather familiar to her.

Along the way in their earthly adventures, Vers and Fury meet up with U.S. Air Force pilot Maria Rambeau (played by Lashana Lynch), who might have some information that will help them out. They also have to deal with Nick Fury’s S.H.I.E.L.D. boss Agent Keller (played by Ben Mendelsohn), and the mysterious presence of a woman from Vers’ past (played by Annette Bening) who might just have the answers Vers is looking for.

This film has great action and great heart. Co-directors Anna Boden and Ryan Fleck create an excellent balance of mystery, exposition, and action (along with lots of entertaining 1990’s jokes, references, and music) as we learn who Captain Marvel really is and how she fits into the Marvel Cinematic Universe. And by the time Captain Marvel’s formidable powers reveal themselves, you hopefully will also have a big smile on your face as this film has all of the excitement and enjoyment that make these Marvel Studios’ movies so much fun.

(Plus, as I’m sure you’ve surmised, this film is a perfect setup for the upcoming action in Marvel Studios’ next superhero extravaganza Avengers: Endgame which opens on April 26. Make sure to stay through the end credits, as always.)

Captain Marvel is rated PG-13 by the Motion Picture Association of America for “sequences of sci-fi violence and action, and brief suggestive language.”

As an added bonus, here’s the IMAX poster for the film.

Also, check out the cool Captain Marvel poster series from Poster Posse on my blog here.

The cool folks at Poster Posse are releasing new posters for Marvel Studios’ upcoming feature Captain Marvel. I’ll keep updating this post with the new posters as they are released over the next few days

We are big fans of Marvel Studios’ Spider-Man: Homecoming (2017). A cool poster and teaser trailer for its sequel film, Spider-Man: Far from Home (2019), just dropped today. Consider us officially excited.

Directed by Jon Watts, Spider-Man: Far from Home opens in theaters on July 5.