It’s been a couple of weeks, but I’m still thinking about my maiden voyage watching Rebel Without a Cause (1955) in its entirety.

I think I started watching it a couple of times when the film played on Turner Classic Movies (TCM), but I just don’t ever remember finishing it. Well, that was a mistake which I’ll never do again now that I’ve seen the film on the big screen courtesy of this year’s TCM Big Screen Classics series (the film screened on September 23 and 26).

I found the film to be a riveting, compelling drama that’s worthy of its reputation. James Dean puts in a stellar, legendary performance as Jim Stark, a high schooler with affluent but out-of-touch parents (pictured above; all images ©️ Warner Bros.). He becomes friends with his neighbor and classmate Judy (played excellently by Natalie Wood) and John “Plato” Crawford (also excellently played by Sal Mineo), who also have serious issues happening at home. And, in a departure from most every film ever, while all of the adults seem dysfunctional, the one steady adult in the film is the neighborhood detective, played perfectly by Edward Platt.

The tragedy that unfolds is, sadly, inevitable, but still heart-wrenching nonetheless. Director Nicholas Ray does such an excellent job with his storytelling. The visual cues of the families’ dysfunction is obvious, yet artfully brought in as part of the unfolding of the plot. The performances are stellar, as are the Los Angeles locations, particularly the beloved Griffith Observatory which is used so perfectly in the film.

I now get it why people were so crazy about James Dean’s performance and why it remains such a classic today. Sorry to be slow to the party, but I’m grateful that I at least arrived. Thanks again to TCM and their outstanding Big Screen Classics series!

As part of 2018’s Turner Classic Movies (TCM) Big Screen Classics series, TCM and 20th Century Fox presented their classic film The Sound of Music (1965) on the big screen in September. And, let me tell you, seeing this film in all of its big screen glory was music to both my ears and eyes.

Seriously, I’ve seen this film on a TV screen so many times, both in old school (and frustrating) pan-and-scan as well as in widescreen formats. However, seeing the film in widescreen and with its beautiful digital restoration was almost like seeing the film for the first time (I’m sure that this will be an oft-used statement on this blog–I really prefer watching any film on the big screen, particularly classic ones).

Familiar scenes seemed new again. And the romance between Maria (Julie Andrews) and Captain Von Trapp (Christopher Plummer) seemed all the more real and believable by being able to watch their stellar performances in a magnified way.

While I adored hearing all of the Rodgers and Hammerstein songs again in on the theater’s speakers, I mostly just came away so impressed with the craftsmanship that director Robert Wise and his team put into the film. One of my friends commented after the screening that “there’s not a bad shot in it.” And I would concur. Every shot is artful, beautiful, and meaningful. (And I want to know how in the world the team lit the famous “Something Good” gazebo scene. It’s just so good.)

I loved seeing this film again on the big screen and wish you all could have been there, too. 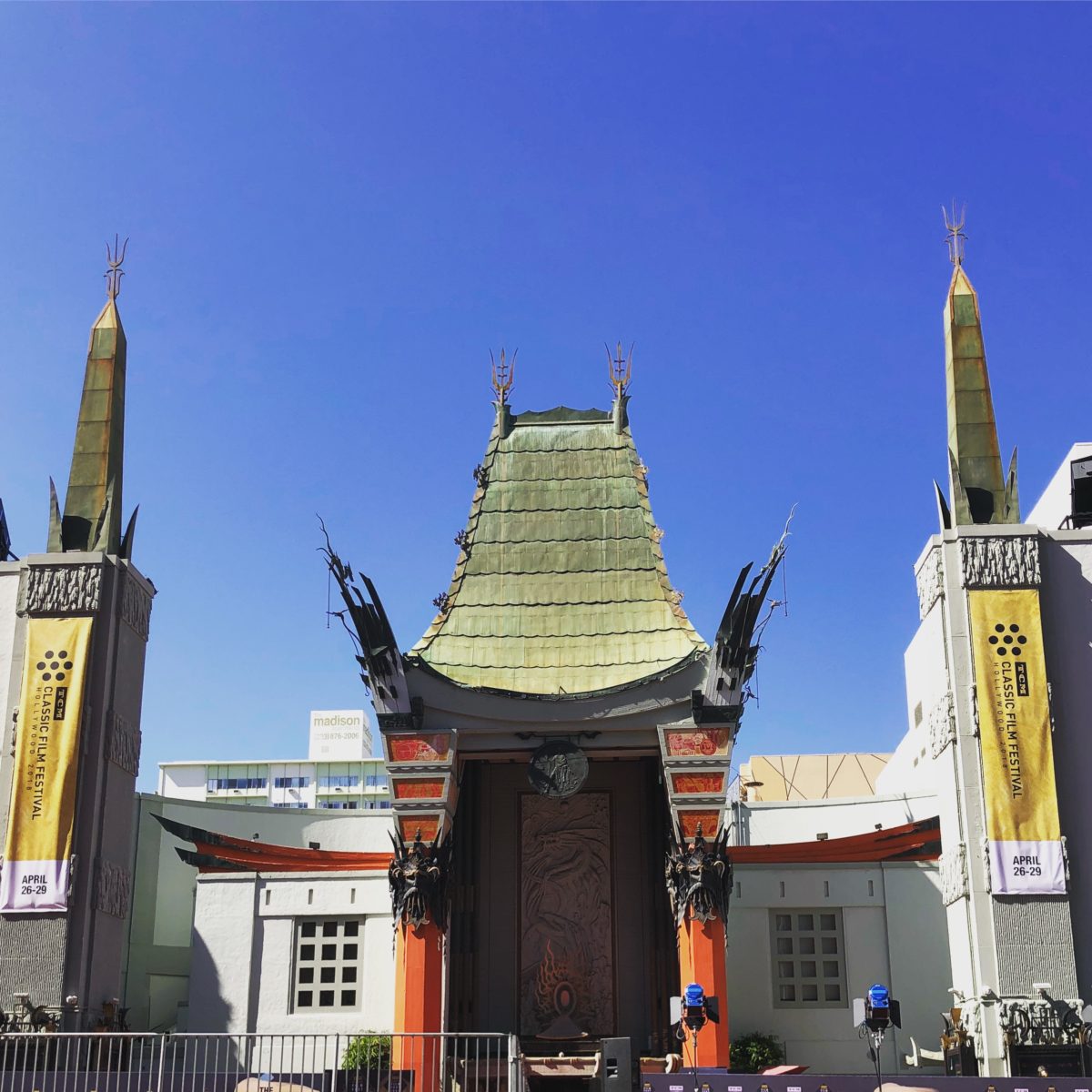 We at the Movies Past and Present blog are huge fans of the Turner Classic Movies (TCM) network. Not only does TCM curate wonderful classic film programming 24/7 on their cable network, TCM also puts on one of the best classic movie festivals in the country with their annual TCM Classic Film Festival. Both the network and festival are celebrating major milestones in 2019—TCM turns 25 and the TCM Classic Film Festival turns 10.

“Whether it’s in the afternoon, at first sight or in the air, the TCM Classic Film Festival will celebrate love in all of its forms. As we come together for the 10th Annual Festival, and the 25th anniversary of TCM, there will be many-splendored moments to revel in romance and obsessions, delight in faithful friendships and surrender to the enduring allure of the silver screen with fellow classic movie lovers.”

We can’t wait! For all of the latest information on the upcoming TCM Classic Film Festival, visit http://filmfestival.tcm.com. See you in Hollywood in April 2019! 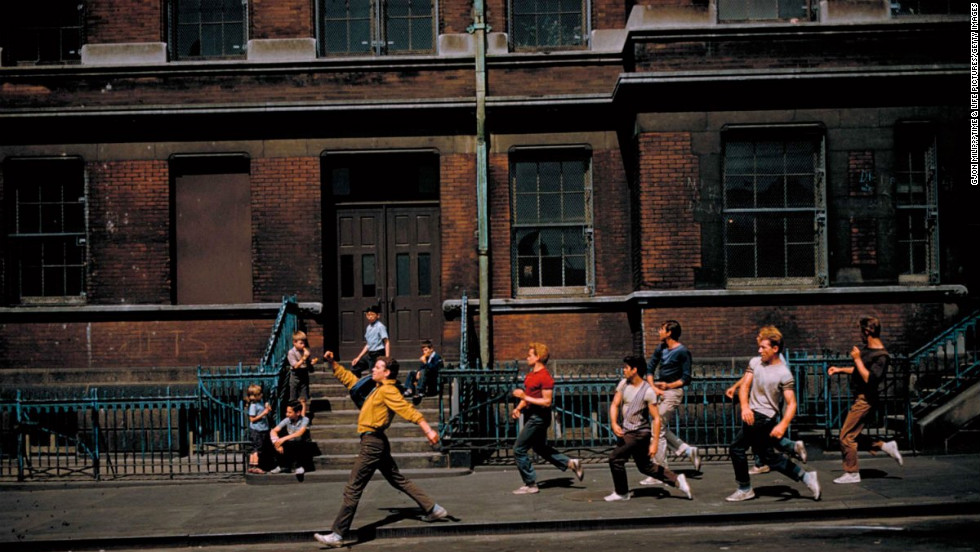 TCM showed West Side Story (1961) on the big screen a few days ago as part of their ongoing Big Screen Classics series and I can’t stop thinking about it. From the brilliant direction by Robert Wise and Jerome Robbins, to the masterful music and lyrics by Leonard Bernstein and Stephen Sondheim, to the electric performances by the entire cast, it’s no wonder this film is so beloved.

Here’s one of my favorite musical numbers from the movie, the “Tonight” quintet and chorus.

I’m also very excited about the news that director Steven Spielberg is set to remake the musical. We need its message now more than ever.

Many thanks to TCM and Fathom Events for bringing these classic films to the big screen for us film lovers to learn from and enjoy. 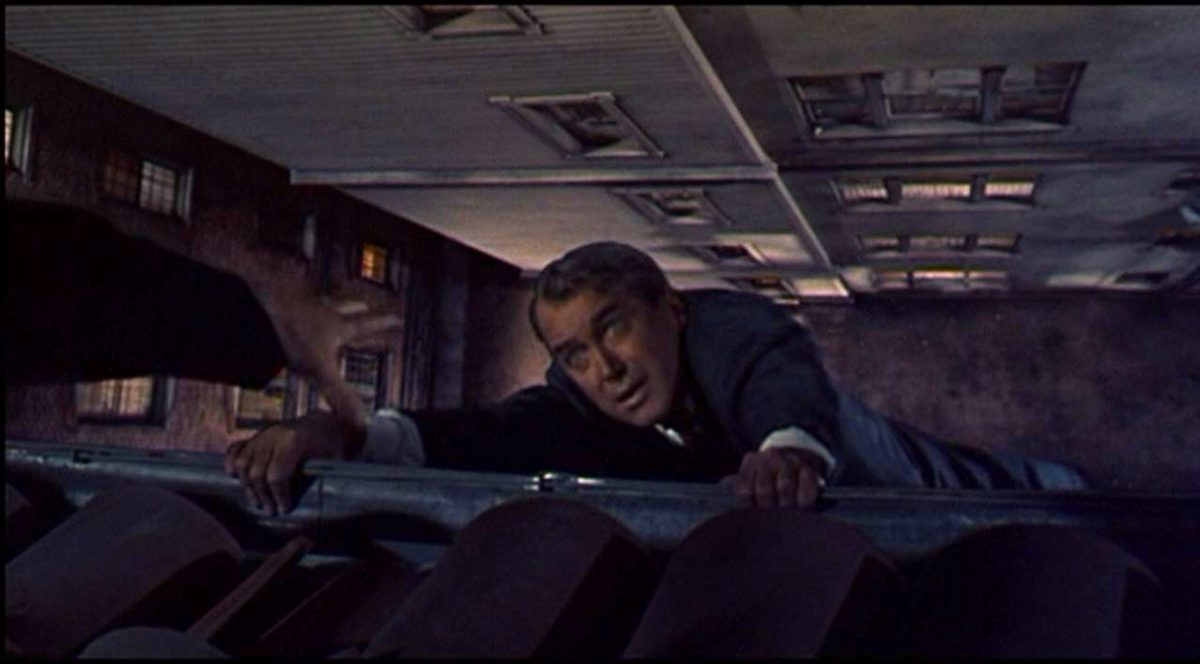 Here’s the original trailer for the film:

When it was released in 1958, Vertigo was not a success. In fact, critics dismissed it and the film bombed at the box office. According to OpenCulture.com, Hitchcock himself kept the film out of circulation entirely between 1973 and his death in 1980.

It wasn’t until the passing of Alfred Hitchcock that critics and cinephiles began to more seriously take notice (although the film had the strong allegiance of early fans as evidenced in the interview below with director Martin Scorsese).

Now, Vertigo is considered by many to be one of the best films ever made. In 2007, it moved to the #9 spot in the American Film Institute’s (AFI) 10th anniversary edition of its prestigious “100 Years…100 Movies” list. And after a steady, multi-year climb, Vertigo was recognized as the #1 film in 2012 by the British Film Institute (BFI) in their “Greatest Films of All Time” poll, knocking Orson Welles’ Citizen Kane out of its long-held top spot.

British film critic Tim Robey had this to say about both the film’s ascent to the top of the BFI poll and his own opinions about the staying (and growing) power of this Hitchcock classic:

“Even though its rehabilitation as a classic was well under way at the time, I remember my first viewing being something of a disappointment, too. I was hoovering up Hitchcocks from their TV airings in my mid-teens, high on Psycho and Notorious, and found the whole structure of this one broken and bewildering. It didn’t satisfy my early notions of what ‘Hitchcockian’ meant, and the lure of it as romantic fantasy probably didn’t strike much of a chord either. Next to the addictive wickedness of his other thrillers, it was an oddly foreign proposition, arty and stilted-seeming.

“What I hadn’t realised is that Vertigo is the ultimate grower. If its laboriously slow ascent to the highest stratum of critical adoration has proved anything, it is that. In its very bones, the movie is about a repetitive pattern of romantic obsession, and it is entirely fitting that such a pattern makes more sense the more we see it repeated: it’s an experience that gets correspondingly more deep and dreamlike with every viewing, echoing further back into the reaches of the subconscious. There’s something quasi-religious about returning to it, knowing all the mistakes that Stewart’s Scottie Ferguson is going to make all over again, and recognising every facet of Kim Novak, from ethereally seductive to seemingly guileless to manipulative and doomed.”

Vertigo is also available on Blu-ray and your favorite digital download platforms, but don’t miss this opportunity to see the special 60th anniversary screening of this cinema classic on the big screen. Check the Fathom Events website for times and locations and for information about upcoming TCM Big Screen Classics.